In one of the famous and tempting spots along the southern Black Sea coast, where the Strandzha mountain massif “sees” its reflection in the clear sea depths, lies the resort village of Kiten. It is located in the southeastern part of the Republic of Bulgaria, on the Black Sea coast, 55 km southeast from the center of the city of Burgas, 5 km south from the municipal center of the town of Primorsko and 12 km northwest from the center of the neighboring municipality of Tsarevo.

A lot of romance can be felt in the picturesque surroundings and the two cozy beaches: the northern one – Atliman and the southern one – Karaagach. A peninsula with the mythical name of Urdoviza is set among them.

There is also a mineral spring in the resort, which is close to Atliman beach. The water comes from a depth of about 700 meters. Due to the clean sea and the beautiful forests, Kiten has already gained the fame of an ecologically clean seaside resort.

Kiten was built on a small peninsula between two bays – Karaagach and Atliman. The nature in this area – a combination of the Strandzha Mountain and the Black Sea – is extremely beautiful and preserved in its natural form. The town is peaceful and suitable for family or friends. The climate is mild, the weather is warm, and it is sunny and windless for almost the entire season. The fans of the sea, water entertainment, or just lying on the beach will be fascinated by Kiten. The lovers of passive holidays and excellent seafood will be too. There is also something for the young vacationers. They can have fun at the attractions and playgrounds while their parents chat with friends at the nearby restaurant. The accommodation conditions in Kiten are excellent. 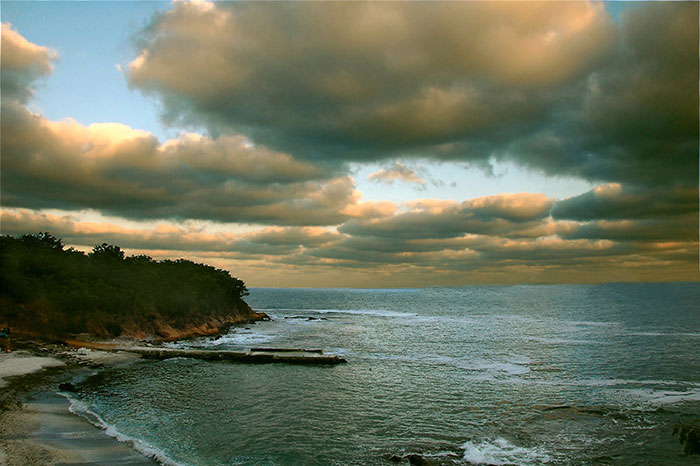 Between the mouth of the Ropotamo River and the Stomoplo Bay lies the large Buruna peninsula, which is divided into two parts by the St. Paraskeva Bay. Its northern part ends with Cape Coraklia, and the southern one ends with Cape Maslen Nos (Zeytinburun), which is recognized as the most beautiful one on the southern Black Sea coast. 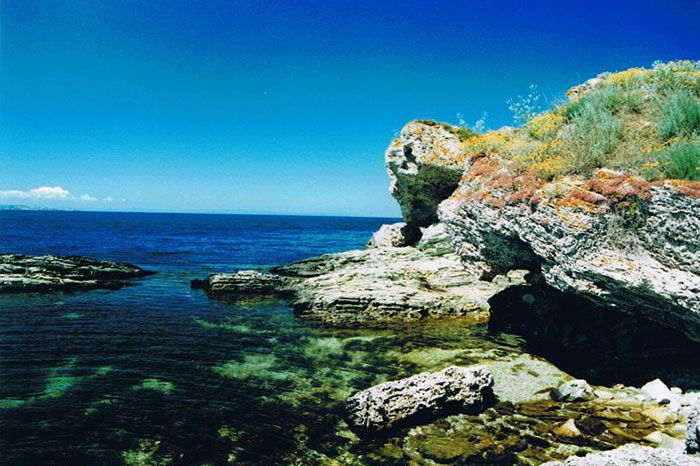 In the southeastern part of Bulgaria, 50 km from Burgas, is situated one of the most beautiful places of the Bulgarian nature – the Ropotamo Reserve. 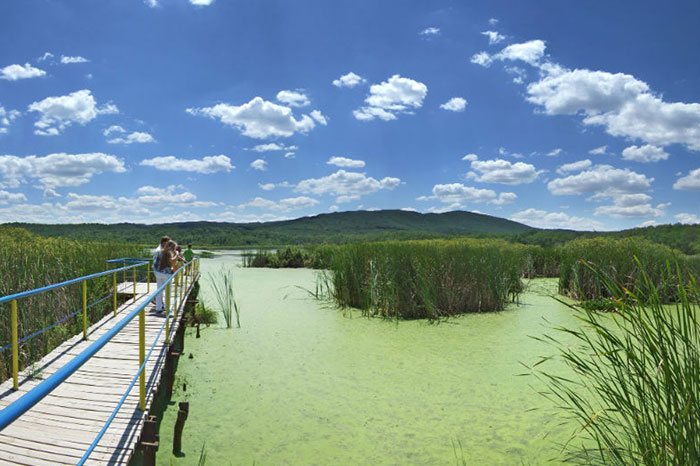 The swamp-lagoon of Arkutino (the Bear swamp) and its dense forest is a wetland area subject to the Ramsar Convention. It is located on the territory of the Ropotamo Reserve, 2.5 km north from the mouth of the river. It was declared a reserve in 1940.

“Saint Nicholas the Wonderworker” is a unique and also the first underwater chapel in Bulgaria and on the Balkans. It was the idea of the chairman of the diving center “Poseidon” – Todor Popov and his colleagues.

The temple is named after a saint, who is the patron of all sailors and seafarers. It is located south of Cape Maslen nos and 5 km away from the town of Primorsko. You can reach the underwater chapel with a yacht from the quay of Primorsko. Near the shore of the Black Sea, next to the underwater chapel, there is a plate with the inscription – “For an equal number”, which is a traditional greeting of the divers for an equal number of divings and comings to the surface. Being an attractive and interesting chapel, built by divers for 9 hours, it consists of 4 plates and is 7 meters under the Black sea water. The face of Saint Nicolas can be seen on one of the plates. That plate is made of brass and next to it there is an altar of some ancient stone with a massive cross and a candlestick, where the visitors can light up chemical sticks instead of church candles. There are also plates with different church motifs made by the sculptor Nikola Dikov. These plates are made holy by Father Gabriel from Primorsko. The attractive temple has been built for various rituals, attractive parties, civic and church marriages, baptizing, meetings, romantic birthdays and anniversaries. The “Poseidon” diving center and the Municipal Diving Club in Primorsko will make your sea divings unforgettable. Training, instructions and equipment for visiting the underwater chapel, as well as underwater guide and catering for celebrations and parties are also going to be provided. Tourists from all over Europe are already here. The safety of the visitors is guaranteed by divers.

Conact us   NOW or make a reservation request: